What can we learn from Dutch directness?

Would you like to speak your mind? Seems selfish? It is a bit. Let’s take a plane to The Netherlands. Welcome to the land where the locals speak what they think. Do the Dutch people sound a bit straightforward? impolite? Rude or even barbaric? It can be a culture shock. However… there are also benefits of being: “DIRECT!” What can we learn from Dutch directness?

First, think about: ”how is it possible that a small country conquered bigger countries than itself?” The art of direct negotiation. It helped the Dutch people to close deals with the neighbors that were far more powerful. The Dutchies are so straightforward and confident that other cultures just thought that they had a ‘JOKER’ in their cards. Do you want a salary raise? Try the Dutch directness. Say why you want it and why you should get it. Simple.

Another example is that Dutchies like to talk hard and are open about their opinion. That means that they come over to another person like people with a lot of confidence. Piet: “Is het gratis?” (Is it free?) The direct way of ”confident communication” can give you the following benefits: being first in line, getting free stuff, discounts, and invitations for parties. How would you benefit from it? Check out the video courses to boost your Dutch communication skills!

Further, we can learn ”tolerance” from Dutch directness. Imagine at your university saying openly to a teacher that you took ”magic mushrooms” last weekend and it was “kut” (sucked). Dutch people are open about their preferences and previous behaviors. They are not afraid of being judged. That’s why also Holland is a country of “freedom of speech”. Would you like to express yourself as who you want to be? Use the Dutch directness to be open about how you think.

Finally the last example of Dutch Directness. Visualize that your colleague let a fart in the elevator. Would you discuss the elephant in the room? The Dutch people for sure! They will even slap you on the back and say that you eat too much: ‘patat’ (fries). Don’t worry you can be open to a Dutch person. It’s normal to express your opinion about sex, politics, drugs, or other taboos. Are you planning to go shopping? Bring a Dutch person with you. Every piece of garderobe will be screened with an honest opinion. Using the art of  ”directness” will make you trustworthy. That means you gain respect!

Explore the Language Travel Guide to The Netherlands!

*What can we learn from Dutch directness? 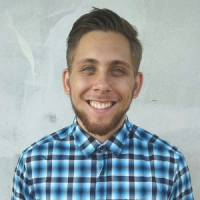 My name is Igor. I'm a full-time travel writer, language trainer, and e-learning coach. I create ebooks, online video courses, and bootcamps to empower people who travel abroad. Do you want to learn a new language, start a teaching business or get practical travel information? Check out the website to pack light with the Language Travel Guide!